Global warming is a global phenomenon but there’s many things gardeners can do to help on a local scale. Jerry uses battery powered tools that can be recharged via the solar power on his roof which prevents greenhouse gas emissions. A push-driven mower also has no reliance on fuels and starts first time every time! Growing plants helps store carbon in soils by taking carbon dioxide in from the atmosphere and turning it into plant tissue. Mangroves are some of best plant communities for storing carbon but trees like eucalypts are great choices with small varieties available for the home garden, and if providing shade on the northern or western side of your house you’ll need less air conditioning to keep cool and save on emissions that way too.

Composting garden and kitchen waste where possible will avoid emissions from councils having to take your waste to the tip. And the compost won’t just increase biological activity, water holding capacity, and fertility of your soil, it will also store carbon! The earth can store ten times more carbon in the soil than it can in the atmosphere. Jerry regularly measures the amount of carbon in his soil and it’s increasing by about 1% each year, which means he’s stopping a huge amount of greenhouse gas getting into the atmosphere just by working in homemade compost.

The distance food has to be transported to get to you is known as ‘food miles’. The greater the food miles the greater the fossil fuel emissions resulting from the food you consume. But food grown at home only has to go from garden to kitchen! Most of the onions eaten in Brisbane come from South Australia or Tasmania, as they can be unreliable to grow in the Queensland climate. So, Jerry grow subtropical substitutes like spring onion and society garlic that are just as easy and tasty as ordinary onions. Citrus fruits are an internationally traded commodity but with a little space you can grow one at home and they are very rewarding!

Don’t despair about global warming, get into your patch and do something about it. 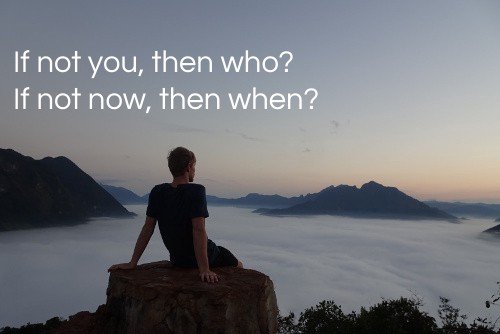 If you are a regular Medium reader and avid environmental supporter — then you may already know CrowdSourcing Sustainability. If not, there is no better time than NOW to read their latest article. It offers insights and tips for taking action — here is a snippet:

The climate crisis is not just another issue. It is an era.

This is the main thing people are still totally failing to grasp so let me repeat it:

The climate crisis is not just another issue. It is an era.

“Climate change and our response to it is going to change the world over the next 25 years as much as the internet did in the last 25 years.” — Joe Romm

Unfortunately, climate change will be much worse than most anyone expects…

Read the full article at Medium.

With so much concern regarding greenhouse gases and global warming… it seems odd… there has been no succinct plan to tackle the issue. Until now — Project Drawdown has undertaken the ambitious project of tackling climate change.

Project Drawdown is shifting the larger global conversation on climate change from “doom and gloom” to a sense of opportunity, possibility, and hope for the future. They share climate solutions with the world and collaborate with media and non-profit partners to further spread messages promoting environmentalism to global audiences.

Here is a great ~ 12 minute video overview of Project Drawdown…

Some of the highest priority solutions include:

SEE ALL SOLUTIONS BY RANK

Is The World Really Overpopulated?

Always interesting to hear opinions from experts about population.

Seems the summation is this: The sheer number of people are not as significant as the impact each has on earth.

Moral: Just enough is plenty (thanks Thoreau) — go easy with consumption and try to help restore and protect the Earth.

Now from the experts… check out the article at Gizmodo